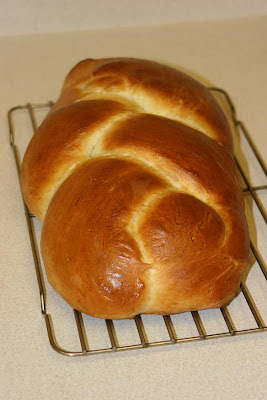 There's a lot of talk in the world today about living "green," in other words, doing things differently to keep the air we breathe cleaner, conserving water, using less energy in home heating and cooling. To me, these things aren't about being "green" but rather, practical. I guess I'm old enough to have been raised by frugal parents that naturally taught me the art of being a dollar stretcher and water conservationist. It was just a way of life for us then rather than a lifestyle choice or a politically correct decision.

When I was a "Kid Back Home" there weren't a lot of choices for me to make. We were middle class Americans who had to squeeze a dollar. When I got the hard rap on the bathroom door, that meant my showering was over. Five minutes was about the limit. There were too many people in the house and not enough hot water to shower six bodies for as long as you pleased. The same went for loads of laundry. We never, ever did a small load of wash. When there were enough pieces to make a whole load, you were allowed to wash the darks or whites. If there weren't enough towels to make a full load, they had to wait another day or so. We always, always used the clothesline to dry clothes unless it was too cold and the wash would freeze. Left-over coffee and tea was never poured down the drain back home, but was used for watering plants.

Nowadays I still have a fairly good showering/bathing restriction on my children and I hate to just drain the kitchen sink after washing dishes. So I often will bail water from my kitchen sink into a pitcher or bowl to carry out to my thirsty geraniums on the porch. The coffee and tea also is used for watering plants at my house. One year here at the ranch we had to put ourselves on severe water restrictions. I could not water the flowers or trees or lawn, but I did my best to keep things growing. I washed in a plastic tub that fit in my kitchen sink, and I poured every bit of dirty dishwater on potted plants and flowers and trees that year. Some asked me if it was good for the plants to drink in soapy water, but I read that soapy water is in fact, good for plants. It allows the water to soak into the soil better and deters bugs. (See Impatient Gardener by Jerry Baker)

In my childhood kitchen, conservation reigned supreme. Bacon drippings were never scraped into the trash, but were poured into a canning jar and kept in the refrigerator to be used for frying eggs or sauteing vegetables or poured into the pancake batter for the "oil." (Actually, we preferred the flavor it gave to our pancakes!) Tin foil was always folded and re-used unless it was too dirty. Newspapers or paper sacks were used to cool cookies or to drain fried foods. We never had paper towels. My step-mom thought it was far too expensive to buy them when we had enough rags in the house to wash things and sop up messes. We washed and re-used ziplock bags when we had them. We washed and re-used sour cream containers and Cool Whip bowls for our left-overs or to send food home with a guest who came for dinner. Coffee cans were used in the garden to protect young plants from wind and cutworms. They were also used for storing cookies in the freezer or nails in the garage. I remember seeing a coffee can in an outhouse with a roll of toilet paper inside. It kept it clean and dry! I learned from my mother-in-law many years ago how to cover left-overs with out using plastic wrap. I thought it was ingenious then and I still do today. Simply put a plate over the bowl and slide it into the frig. The nice thing about this clever topper is that you can stack bowls on top of bowls this way. She also taught me to keep a slop pail underneath the sink to throw kitchen scraps in. We use the scraps to help feed our chickens. Then there's baking your own bread. That's simply the best-tasting option, not to mention good for you, and cheap. I did the math one time and figured that I could make a loaf of bread for about 35 cents a loaf. That's quite a savings for a family of seven.

Saving energy in a family home only made common sense. No one wanted to spend their precious pennies on an electrical bill or gas bill when it was so easy to turn down the thermostat and wear a sweater. We cut felled pine trees in the forest for our wood-burning stove to help with the heating bill and frankly, we liked warming up to it. Is there anything better than sidling up to a crackling fire when you're chilled to the bone? It's hard to do on a furnace vent. Today we have a wood-burning stove in our home and it's been a life-saver when there were power outages in the middle of winter.

Driving the car was a luxury rather than a right. We kids all had ten-speed bikes which were the "in thing" back in the 70's. We rode our bikes everywhere or else we walked. Driving to high school was never an option when your dad was driving by it on his way to work. It wasn't about saving gas, or saving the planet, it was about making a smart decision. I hitched rides with friends who had their own cars and otherwise pedaled my way to and from work in the summertime.

As a new mother way back 23 years ago, I had the option of disposable diapers or cloth. I loved using the disposable type, but found that it cost us a large chunk-of-change to keep our little bambino in them. So I opted for the notorious cloth diaper with diaper pins and plastic covers. I thought it would be messy option, a dirty job, an uncomfortable butt-covering for my baby, but what I found was a very satisfying choice. I loved hanging out rows of diapers on the clothesline, I even liked folding them just-so. And diapering was easy. Since I was at home, it was not a problem to change the baby often and wash diapers when needed. There was less diaper rash too. When we went on trips to town I tossed in a few disposable diapers for ease. Back then, cloth diapering was a practical, financial decision which later on taught me that it was a good choice for my child as well as for my environment.

I'm sure I could go on and on about the many ways that I could be considered "green" in today's terms, but I'd rather be thought of as practical and sensible. I've found that most times a practical choice makes good sense in many more ways than one.

I'll bet all of you have a frugal story to tell -- how your mom darned holey socks or how your dad smoked a pipe to save on the cost of cigarettes. Do tell!