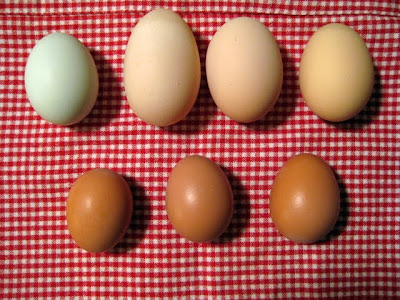 The last of the Five Lil Chicks has flown the coop.  And fly he did!  He didn't stay close to home like the girl chickie did.  He didn't just drive to the local university like the fourth chick did.  He didn't fly 2 hours away like the 3rd chick did.  He didn't even fly 500 miles away like the first chick did (oh, was that one hard on Mother Hen).  No.  The 5th chick to fly the nest chose to fly 1355 miles away from home to Tucson.  It was a little bit hard sending him off from the airport today, knowing that he would be totally on his own in the big cities of Phoenix and Tucson, but we had every confidence in him.  And he did just great.  A friend of a friend got his *new* 1997 Acura to him after he landed at the airport and Mr. J. just drove himself down to Tucson like a city slicker.  No problem-o.

A friend of mine thinks he's a very wise young man -- choosing to shovel sunshine rather than snow this winter.  We plan to visit him sometime this winter to help him with shoveling sunshine and take in a golf tourney, but until then, he will be busy figuring out college life and roommate life in an apartment and city life all on his own.  We hope to see him for Christmas where he might be able to shovel some snow.  That seems like a long time away at the moment, but we all know how quickly the months go flying by.

When people ask what J's going to school to study, I say, "Golf.  And he's taking some classes too."  Which is the whole truth.  He is truly looking forward to his classes, but he's especially looking forward to improving his golf game and seeing where it might take him.

At the grocery store today the empty-nesting began.  I was stumped by how many bananas to buy. I bought just a few slices of deli meat instead of buying by the pound.  I bought a small wedge of cheese instead of the industrial size.  I bought a gallon of milk, like I always do, and when I got home I realized that I already had a full gallon in the fridge.  Will we ever drink up that much milk by the due date?  We'll have chocolate milk tonight for snacks!  The grocery shopping will take some getting used to.

So, now that Hubs and I are home by ourselves, we started our empty-nesting by eating whatever we wanted to eat for supper.  No proper meal, no veggies.  Just cheese and crackers and apple slices for me and a sandwich and apples for him.  No dishes.  But I know it will be difficult setting only two plates and two cups and two forks and knives at the table in the coming days.   J did leave behind a few remembrances for us.....dirty shorts and T-shirts and some dirty socks on his bedroom floor.  Soon I will take to cleaning his room from top to bottom. The funny thing is, when I walked into his room, I could still smell him. It was like he never left home.  (teardrop)

I feel really blessed.  All our chicks are out "doing their things" and they are happy chicks, smart chicks, and chicks who have much yet to experience and to learn.  I'm proud of them and I know that this is what we raised them for.  To fly!

Speaking of chicks and nests and all that......Did you notice the egg picture at the top?  I have had one dark brown pullet egg laid for the past three days in a row.  It's always exciting when the young girls begin to lay.  Yay!
Posted by Gumbo Lily at 9:03 PM