More spring beauty and then... 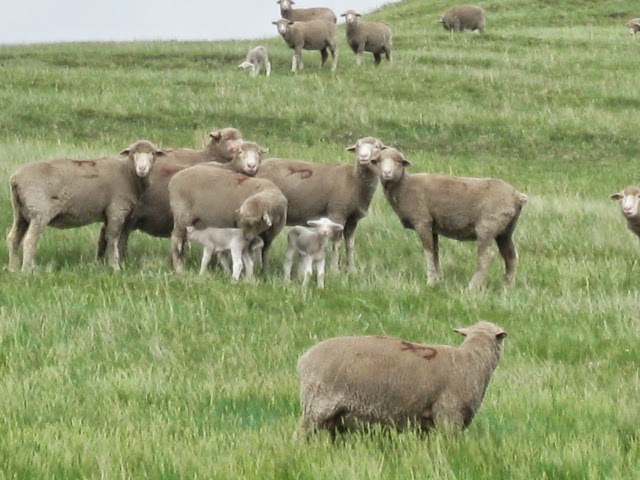 Yearling ewes and their new lambs. 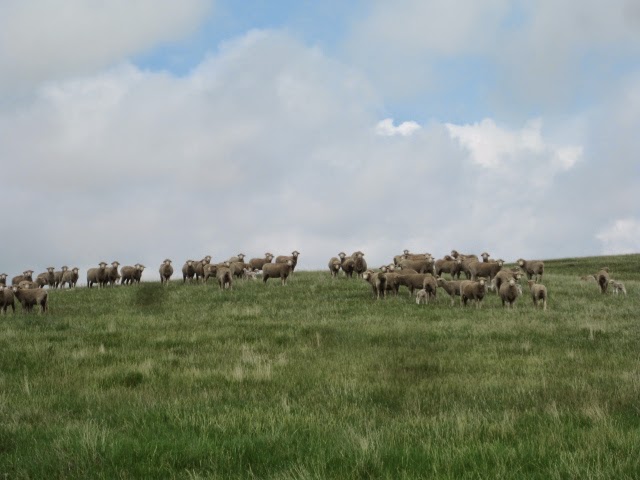 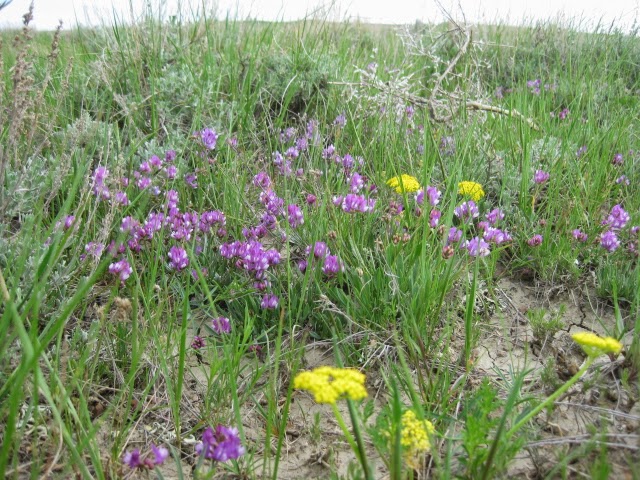 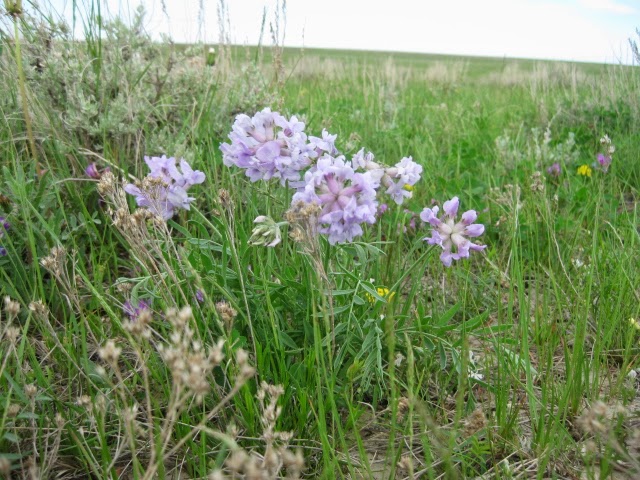 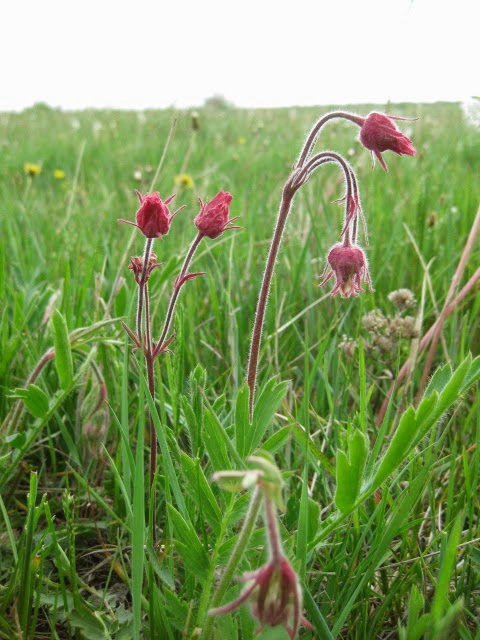 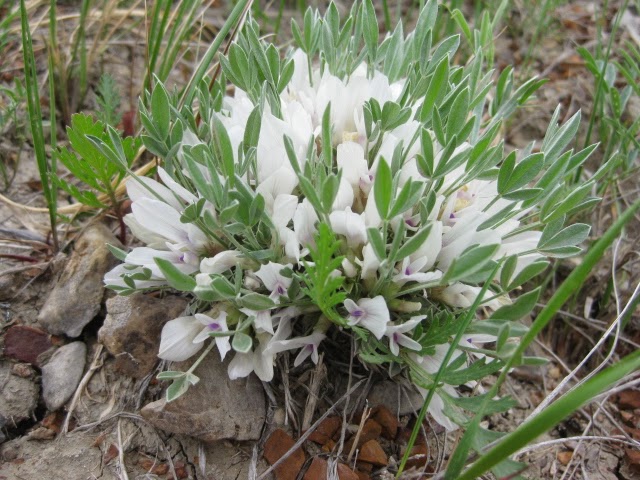 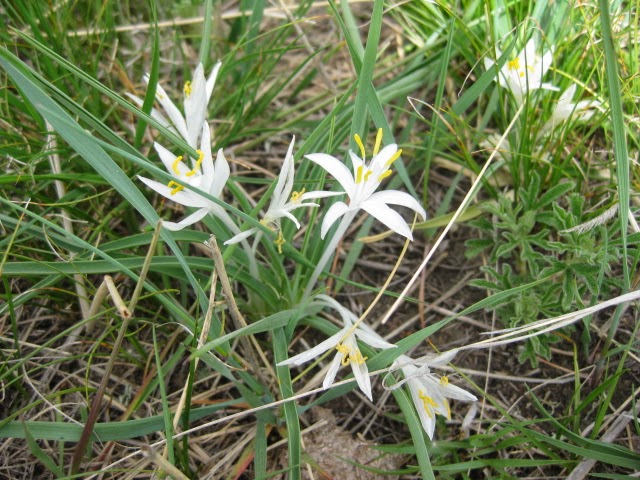 Hello again, friends!  I'm back so soon with more of those wildflowers I wanted to share with you.  It's neat to see the different flowers that grow in different types of soils.  The matted pea, you can see, is growing in a pile of rocks.  It reminds me of a bridal bouquet, perfectly round and properly arranged with just the right amount of flowers to greenery.  All of the locoweeds are exquisite, but as you may know by the name, are not good for livestock to eat because it can make them loco (crazy) and sick.  It is very rare that we get a ewe or cow that eats locoweed.  They tend to stay clear of it.  It's as if they just know better.  The prairie smoke is a favorite and a difficult flower to find.  It's low-growing and inconspicuous so you must be looking for it.  I dug up a little of it this year and planted it in my rock garden.  We'll see how it fares.  I wish I had dug up some of the matted pea.  Maybe next time we go checking cows I will do that.

After all this beauty I'm sharing with you, I have disheartening news.  Yesterday afternoon we had a hail storm, and a pretty devastating one.   Thankfully the entire ranch was not hailed out, but three quarters of the hay fields were totally hailed out and likely will not produce anything this summer, but that may depend on weather conditions.  We are hopeful that if we get some rains now, instead of harsh heat, some of it might come back.  It's all very iffy.  Even if it does come back, it might not grow enough to make hay, but it could make grazing.  We'll just have to see how the days come.  The areas by our houses did not get as much hail damage.  My garden fared ok.  The tomatoes and peppers that had ice cream buckets around them look great, but the lettuces and things are tattered.  I can replant those easy enough and it's still early.  The poor rhubarb is shot, but I'm hopeful that there are enough young shoots underneath the big leaves that it may come back.  No damage happened to the homes except for a little bit of siding on the mobile home.  Nothing major.

The crazy thing was that there were INCHES of hail in the main hay field.  One area was so packed  down with hail, we had to use our feet to dig underneath.  It remained a frozen 2" mat of ice 4 hours after the event.  We expect it didn't fully melt until noon or so today.  We went back out this evening and the fields look even sadder than they did last night.

Thankfully, the cattle are all fine.  The bulls took it the worst and ended up with some swollen eyes.   We had to move them to another pasture with some grass, but today they are much better.  We were so glad that we didn't have the yearling ewes in Chuck's where they had lambed last year because that pasture was totally hailed out and would have probably killed new, young lambs.  They were in Dick's instead and were safe and sound from the major part of the hail storm.  No lamb loss.

Below is a sampling of the hail storm mess.  Pretty sobering. 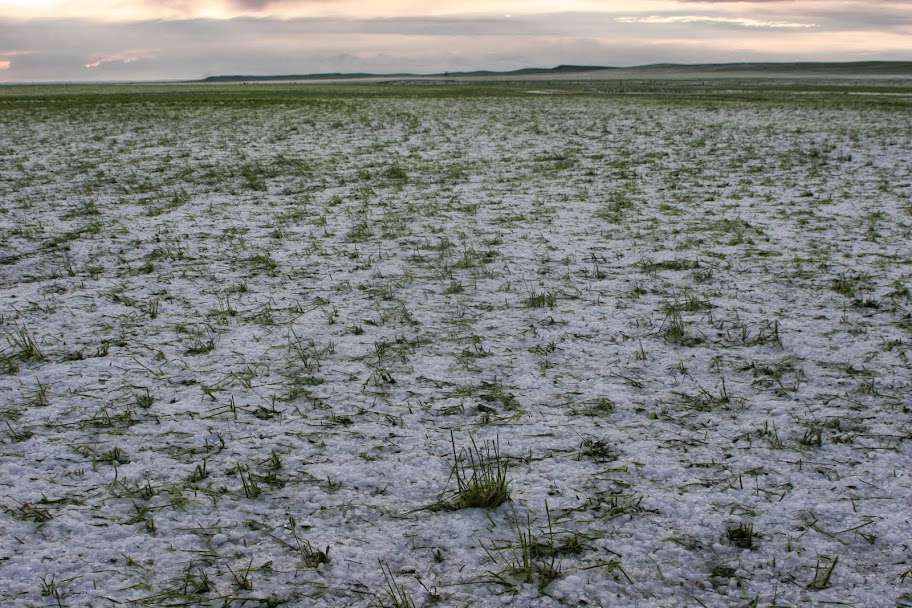 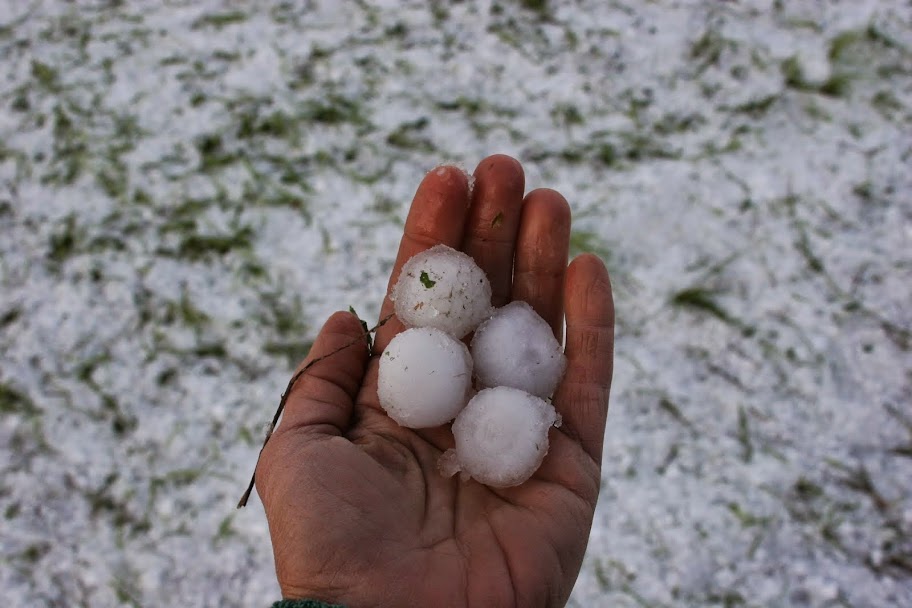 The photos above were taken 4 hours after the hail storm. 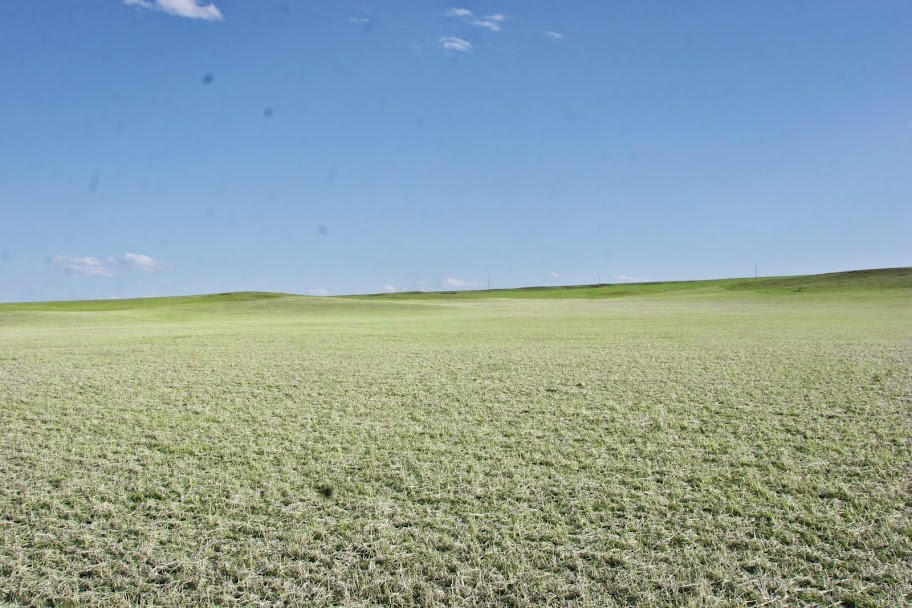 This photo taken of the same hay field as above this afternoon.
Posted by Gumbo Lily at 10:07 PM