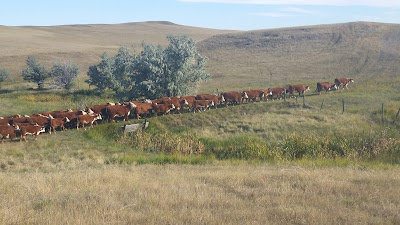 Trailing cows past an old homestead.
You can tell it's there by the trees. 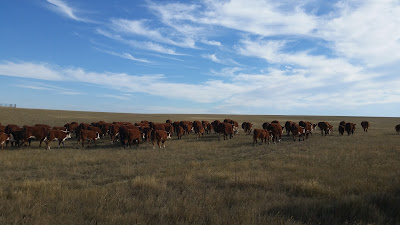 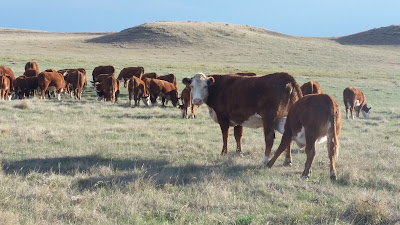 These are better results than we hoped for in a drought situation.
After testing, we turned cows out to fresh pastures.  They aren't the greatest, but they have better grass than the pastures they just left. 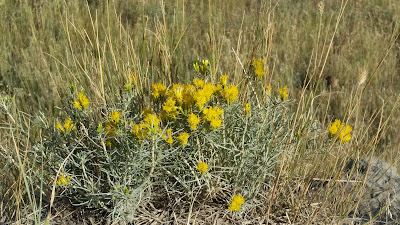 Hubby and I took out one bunch of cows and I was enjoying the scenery and the wildflowers along the way.  I captured this photo of Rubber Rabbitbrush.  Isn't that a funny name for a plant? 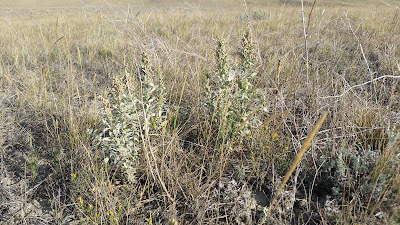 This silvery sage-looking plant is called Winterfat.  The cows are absolutely crazy for it right now.  Everywhere they find it, they munch it right off.  I think it has a salty flavor that they crave plus it's high in protein. 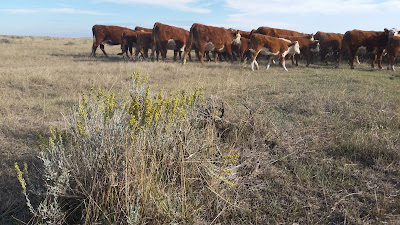 The sage brush was "in bloom."  It is particularly strong-scented right now, perhaps because it's blooming.  I  like the aromatic, woodsy smell of sage brush.  Cattle don't eat it much, but the Sage Grouse eat the berries and have their young in it.  Sage brush is great cover for prairie animals.

A big day of work is done.  We'll be moving livestock out again tomorrow.
It sounds like rain might be in the forecast!
I hope so.
Posted by Gumbo Lily at 9:02 PM